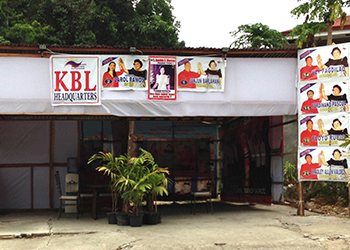 Competitive elections are a hallmark of a healthy democracy. In competitive electoral systems leaders are more easily held responsible for the decisions they make. The opposite is true when elections are uncompetitive, like village elections in the Philippines. This project studies how technology can be used to increase participation in local elections, and in-turn, increase competitiveness. Using a custom-built SMS system during the October 2013 village-level elections in the Philippines, the project collected data on who citizens thought should run for local office, but were not currently planning on running. Then the system was used to encourage nominated individuals to run for office.

The project tests a novel approach to increase electoral competition in a political landscape which is frequently dominated by a few families of elites. New candidates would be more independent from the current municipal and provincial leadership, and thus, less constrained in their decision making. Electoral competition will also create incentives for candidates to listen more closely to constituent concerns even if the new candidates do not immediately win office. In addition, many municipal, provincial and even national level politicians get their start at the barangay-level offices. If candidate quality and competition can be increased at the lowest level of government, the quality of future leaders at higher levels can be improved.