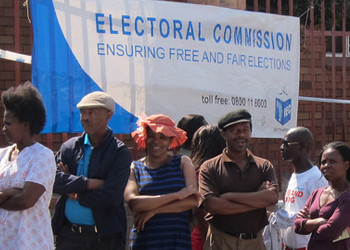 This project pilots the use of SMS blasts to increase voter turnout in South Africa, as the first nationwide “Get out the Vote” (GOTV) experiment in a developing country. It tests whether African turnout reflects not just direct mobilizing efforts of parties and official electoral organizations but also social pressures to vote. The project will use SMS texting during the South African national elections in April 2014 to reach millions of citizens, making it larger than any GOTV experiment ever conducted anywhere. Many different kinds of civic and social norm messages using SMS issued by the official electoral body in the country, the Independent Election Commission, and their effect on turnout will be tested.