Incentivizing the safe disposal of human feces in urban areas 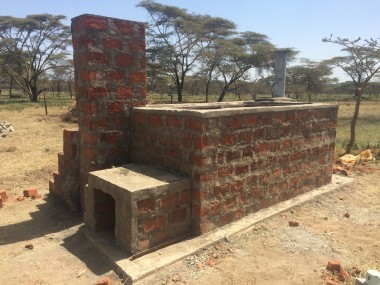 Globally, 2.4 billion people lack access to improved sanitation. In Kenya, sanitation coverage is 41% and only 5% of human waste is safely treated before being released into the environment. Sanivation, a social enterprise in Kenya, is tackling the sanitation crisis by installing container-based toilets in people’s homes, charging a monthly fee to service the toilets, and transforming waste into charcoal briquettes. The Berkeley research team is  tackling current limitations of Sanivation’s approach and pilot a treatment unit to scale up waste treatment to production of  over 100 tons of charcoal briquettes per month.

The Berkeley research team plans to develop two systems to scale up waste treatment. The first efficiently carbonizes large amounts of agricultural biomass by-products to create solid burning fuel, and the second efficiently heat-treats large amounts of human waste to use as binder for charcoal briquettes. Both systems will go through baseline analysis, design evaluation, and implementation. This project will show that waste can be transformed to fuel at large scale and be one of the solutions to the urban sanitation crisis. Over the next year, this technology will transform more than 15 tons of human waste per month. In the long term, researchers hope that this collaboration will help Sanivation reach 1 million people with improved sanitation services in the next five years.

The research team has sustained the operation of a continual flow fecal sludge treatment system that uses solar thermal energy to heat 200kg of feces/day, and they have designed and built a carbonizer to carbonize local agricultural waste at a 30% efficiency rate. The team has also developed a model for understanding when carbonizing agricultural waste is economically more feasible than just sourcing local charcoal dust.

The team has partnered with Sanivation, UNHCR, and NRC to develop and operate a similar system in Kakuma Refugee Camp for 400 households. They are now collaborating with Sanivation, Water and Sanitation for Urban Poor, and Naivasha Water and Waste Public Utility for designing a full-cycle sanitation system in neighboring areas. In the business model for local sanitation provider, Sanivation, the team pivoted to utilize already carbonized products, like charcoal dust, instead of carbonizing on site due to economic feasibility.